Virginia Wesleyan on Monday said Ewell had resigned from his roles as professor and dean. A campus spokeswoman did not say if Ewell resigned because of the comments he made online.

Ewell, who was a tenured professor, apologized for his remarks on his personal Facebook page, said Stephanie Smaglo, a spokeswoman for the university.

The Virginia Beach university on Nov. 6 said it was aware of a social media post by a faculty member but did not name Ewell. The school’s Facebook page was flooded with calls for Ewell’s termination and some messages of support.

“These views and opinions are expressly the individual’s own,” the university said in a statement. “Civic engagement and religious freedom are at the core of the University’s values, and we remain an inclusive and caring community that empowers meaningful relationships through listening, understanding, and communication.”

The Virginian-Pilot reported that university President Scott Miller told the school’s Board of Trustees that Ewell’s remarks counter the school’s beliefs.

“While we respect Dr. Ewell’s right to free speech, his comments, particularly coming from a dean of the institution, contradict the values and culture that are such a valued part of who we are,” Miller said in an email to the board, according to the report.

The university’s Black Student Union also responded to the remarks after some students interpreted Ewell’s comments as hateful. “In light of recent events, Black Student Union stands against incendiary statements, racist actions and violence of [people of color] in any form,” the group said in a statement posted to Instagram.

Christopher Ross, a 1995 graduate, wrote in an open letter to the university’s president that Ewell’s “Facebook tantrum . . . displays a breathtaking lack of emotional maturity, intellectual seriousness, respect for democracy and social media savvy.”

While the post drew ire from some in the university community, it garnered praise from President Trump — who on Sunday retweeted an article about Ewell’s remarks with the caption: “Progress!”

Virginia Wesleyan’s student-run newspaper, the Marlin Chronicle, reported that Ewell explained his comments on Facebook before making his account private.

“I spoke out of anger which I should not have done. Second, I don’t believe what I said. I have friends and family who are Democrats and I love them dearly,” Ewell said, according to the student newspaper. “We all need to be a little less quick to anger and a little more willing to forgive and that certainly applies to me . . . I am a Christian work-in-progress for sure.”

Sun Dec 6 , 2020
New research from Capco reveals that more than half of 18-34 year olds using Buy Now Pay Later (BNPL) have missed a payment and nearly two thirds (62%) say BNPL is making them spend more, potentially increasing their chances of getting into debt. According to the study, which […] 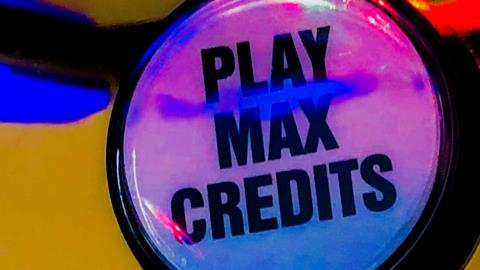