If you looked closely during the University of Michigan’s football season opener on Saturday, you may have noticed a special detail on the Wolverines’ helmets.


They’ve been marked with a decal that reads “EQUALITY” and depicts six raised fists in various skin tones.

Born from a student-led initiative, the decals are meant to reflect the diversity of Michigan’s campus and show its teams’ commitment to racial justice.

“Athletes wearing this decal demonstrates our role in our community,” Kwity Paye, a senior at the university and a defensive end for the Wolverines, said in a news release. “It is a chance for us to be able to contribute to increasing awareness about social injustice, and it’s great for those watching to see our passion so they can be aware of it as well.”

In case you missed the game, the Wolverines beat the Minnesota Golden Gophers 49-24.

The University of Michigan Athletics Department will be emblazoning either the equality decal or a Black Lives Matter emblem reading “BLM” on the uniforms, helmets and warmup gear for all varsity teams during the 2020-2021 school year. Teams will vote on which decal they’ll wear on their uniforms.

“I’m excited because this is an opportunity for us to step outside of sport and advocate while also competing,” she said. “It’s something that will draw attention during big games and on television. Essentially, it’s spreading the message, even to people who are just watching us for sport, that this is bigger than sports.”

An NCAA panel approved rules in July allowing sports teams to wear patches on their uniforms in support of social justice causes, as the United States was in the midst of a national reckoning on race.

The committee also announced it would permit players to replace the names on the backs of their jerseys with names or logos “intended to celebrate or memorialize people, events or other causes.”

Fri Oct 30 , 2020
By TAMEEM AKHGAR KABUL, Afghanistan — The death toll from the suicide attack Saturday in Afghanistan’s capital has risen to at least 18 killed and 57 people wounded, including students, the interior ministry said. The explosion struck outside an education center in a heavily Shiite neighborhood of western Kabul, Dasht-e-Barchi. […] 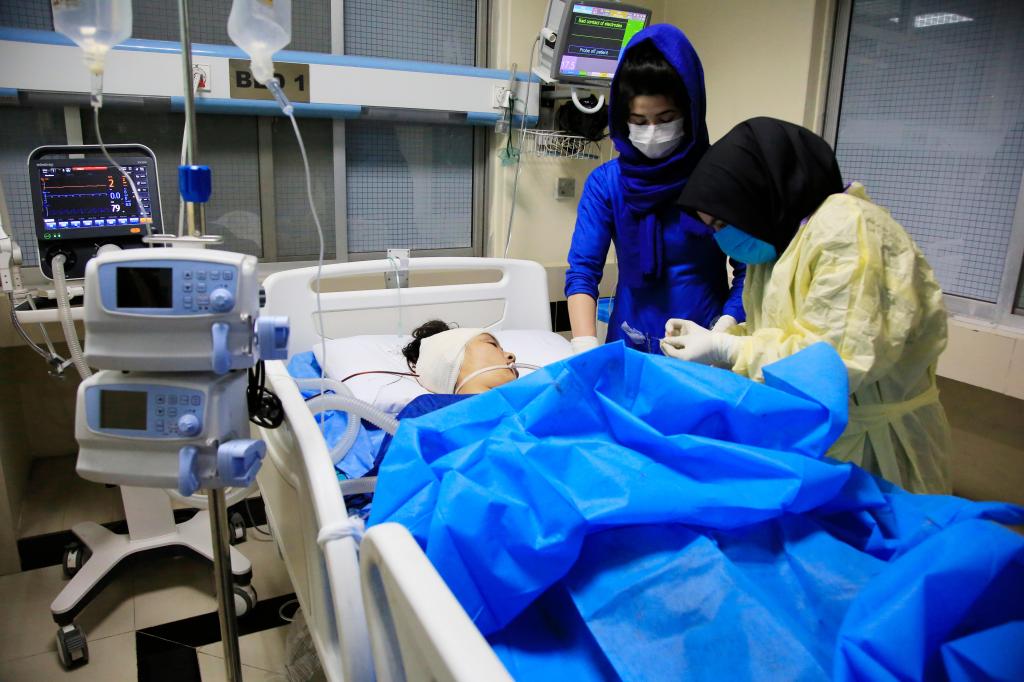