You didn’t need to be a world-renowned epidemiologist to see Notre Dame’s debacle coming. How has the pandemic impacted college football in 2020? Click to expand UP NEXT Despite a surge in COVID-19 cases — the seven-day rate on campus alone soared from 18.9 cases to 30.7 cases in one week — Notre […]

You didn’t need to be a world-renowned epidemiologist to see Notre Dame’s debacle coming.

How has the pandemic impacted college football in 2020?

Despite a surge in COVID-19 cases — the seven-day rate on campus alone soared from 18.9 cases to 30.7 cases in one week — Notre Dame treated its Saturday night showdown against top-ranked Clemson as if it was a run-of-the-mill game against Navy. Most of the 11,000-plus in the stands were students, despite athletic director Jack Swarbrick acknowledging after the fact that keeping them in their seats was never going to happen and Notre Dame making little effort to even try.


“Our philosophy of giving our preference to attend the game to students results in a very different dynamic than all the other places we go, where they allocated them to traditional fans. Those people will sit in their assigned seats without exception. Our students are going to move around more. They just are,” Swarbrick told the South Bend Tribune on Sunday.

From NFL plays to college sports scores, all the top sports news you need to know every day.

Worse, Swarbrick seemed largely unbothered by the students who rushed the field after the double-overtime victory, turning Notre Dame Stadium into a potential petri dish for the coronavirus. Kids will be kids and all that. Swarbrick even did it when he was a student.

Never mind that the world wasn’t overrun with a highly contagious virus back then.

The Rev. John Jenkins, university president, did give students a stern talking to Sunday night, saying it was “very disappointing” to see Notre Dame’s health protocols be ignored and promising “zero tolerance” for any future violations.

Good message, though it would have been more effective had it been said before the game. And been said by anyone besides Father Super Spreader, who lost his right to scold anyone on responsible behavior during a pandemic with his visit to the Rose Garden where he was suspected to have been infected by the coronavirus, among other attendees.

PLAYOFF PICTURE: Where the College Football Playoff stands after Week 10

Easy as it is to pick on Notre Dame, its wholly predictable fiasco needs to be a teachable lesson to everyone else. COVID-19 is not going to magically disappear. Just the opposite, in fact. The United States surpassed 10 million cases Monday, we are closing in on 240,000 deaths and President-elect Joe Biden warned of a “very dark winter.”

With 50 games canceled or postponed since the start of the season, including 13 just since Nov. 1, it is time to reconsider this college football season. Should fans be allowed to attend games? Should the games even be played?

Unlike the NFL, where teams can largely isolate themselves and six- and nine-figure contracts give players heavy incentive to adhere to protocols, college football is at the mercy of its surroundings. When cases are rising in the surrounding community, it’s inevitable a team will soon see the same.

A team can test every day and have rigorous contact tracing, and it is still going to be vulnerable to an outbreak. There are simply too many people from the “outside” — dozens, if not hundreds — who have daily interaction with players and coaches to keep the virus at bay.

At the very least, we shouldn’t be having fans at games.

Whether it’s students who can’t be trusted to stay in their seats and socially distance — even before the field was rushed, parts of Notre Dame’s student section looked like a mosh pit — or adults lining up outside stadiums and bathrooms, these games are not helping contain the fast-moving spread of the virus. There are too many people who still don’t wear masks properly and doubt the seriousness of COVID-19, and all it takes is one of them to cause an outbreak.

Having fans at night games, when inhibitions and common sense are in short supply after a day of “pre-gaming,” only increases the risk.

This isn’t enjoyable for any of us. We all want our old lives and sense of normalcy back. But we’re not there yet, not anywhere close.

And every time someone acts as irresponsibly as everyone at Notre Dame did last weekend, the further off it is.

This isn’t forever. Pfizer’s announcement Monday that its vaccine is proving more than 90% effective against COVID means we could be back to normal before next football season.

In the meantime, a good dose of common sense is necessary. Both from fans expected to follow the rules and the folks who make them.

5 Ways To Accelerate Your Career During Uncertain Times

Sun Nov 15 , 2020
It is possible to accelerate your career even during uncertain times. getty Does the current situation have you wondering whether your career has come grinding to a halt? According to experts, growing professionally during a pandemic can be challenging but not impossible. Recently, I connected with keynote speaker, bestselling author […] 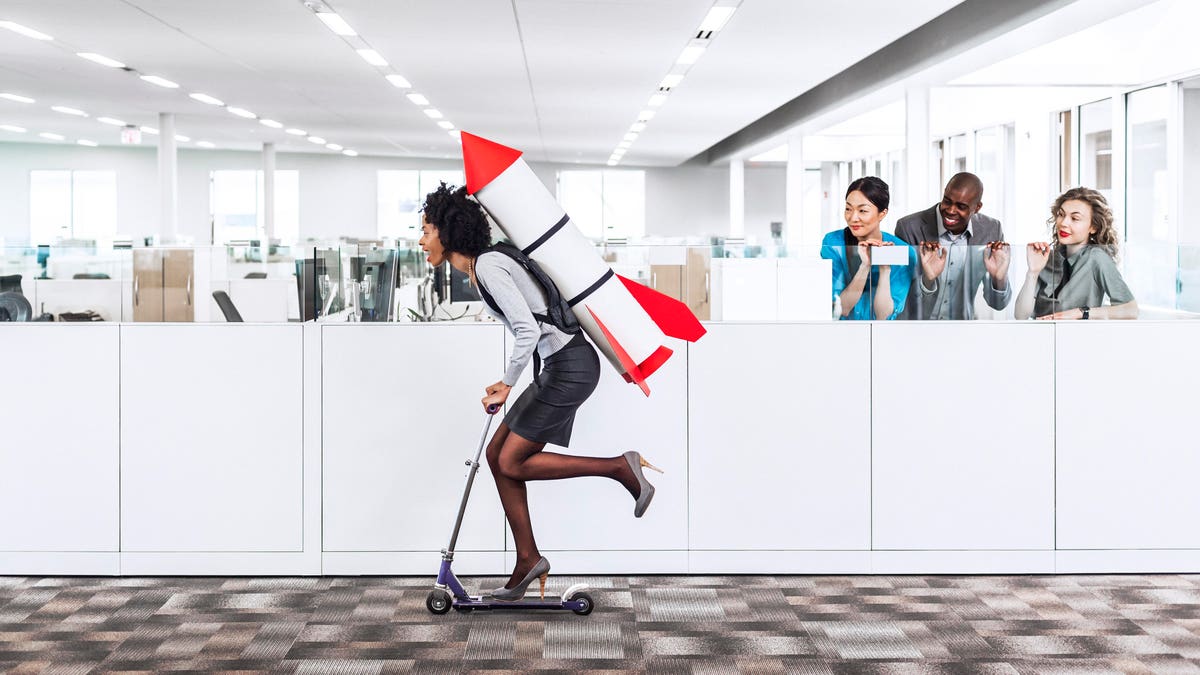