Something’s happening in Texas. Before today’s election, 9.7 million Texans had already voted — 108 percent of total ballots cast there in the last presidential election. In just four years, Texas has catapulted from second-to-last in voter turnout to a national leader in early voting. This is no coincidence. Now […]

Something’s happening in Texas. Before today’s election, 9.7 million Texans had already voted — 108 percent of total ballots cast there in the last presidential election. In just four years, Texas has catapulted from second-to-last in voter turnout to a national leader in early voting. This is no coincidence. Now that this once-red state is emerging as a toss-up, residents are turning out in record numbers, believing that their votes will finally have a meaningful effect on the presidential election. Though this is a tremendous success story, it also underlines one of our Constitution’s greatest failures: Under the electoral college, some votes matter far more than others.

© Jonathan Drake/Reuters
Electoral college representatives in North Carolina sign the Certificates of Vote at the state Capitol in Raleigh on Dec. 19, 2016.


Sen. Elizabeth Warren (D-Mass.) may have said it best: “Call me old-fashioned, but I think the person who gets the most votes should win.” The electoral college is indeed an undemocratic travesty, and no matter who wins this election, it’s time for us to move toward a national popular vote.

Likewise, consider the not-so-far-fetched scenario in which today’s election ends in a 269-269 draw. The decision then goes to the House of Representatives, where each state delegation casts one vote. In this situation, the state of North Dakota (population: 762,000) has the same influence as Texas (population: 29 million). In theory, delegations representing just 16 percent of the total U.S. population could pick the next president.

Electoral college defenders also argue that it forces candidates to forge broad coalitions and campaign everywhere. But in 2016, 94 percent of general-election campaign stops were concentrated in just 12 states, while 24 states were skipped altogether. Contrast this with gubernatorial elections, where every voter matters. Candidates have enormous incentive to visit both rural and urban communities, as when Stacey Abrams visited all 159 of Georgia’s counties during her 2018 run.

Of course, the most enduring myth about the electoral college is that it was carefully engineered by the framers of the Constitution, and therefore we shouldn’t tamper with it. In fact, in 1787 the Constitutional Convention was deadlocked: One faction wanted Congress to elect the president, and the other group pushed for direct election. To bring both sides together, James Madison proposed a compromise: a group of elite electors who would mediate the popular vote and defect if they deemed the peoples’ choice unfit for office. The framers’ original system was soon revised by the 12th Amendment, which split the voting process for president and vice president. Since then, there have been more than 700 bills and amendments offered to replace the electoral college, many passing in one house of Congress and languishing in the other.

Ditching the electoral college via constitutional amendment would be tough. But there’s another way — one that doesn’t rely on Congress or the states. It’s called the National Popular Vote Interstate Compact, introduced in 2006. Under the compact, states pledge to award electoral votes to the candidate who wins the national popular vote. As of today, 15 states plus the District of Columbia have joined, adding up to 196 electoral votes of the 270 required for the compact to go into effect.

This compact would bring us into a new political era. A true “one person, one vote” system would finally give voters in states such as Texas a compelling reason to vote, driving up turnout. Parties would be encouraged to build infrastructure everywhere: rural communities, urban centers and everywhere in between. Importantly, it would also mark the end of minority rule — no more using stacked courts to intervene on behalf of the loser in close elections.

But the compact isn’t bulletproof. It would almost certainly face legal challenges, and even if it were to cross the 270-vote threshold, states could still pull out down the road. And federal and state legislators will undoubtedly have a long list of priorities in the new year, from covid-19 to stimulus to climate change. Yet if we want a strong, stable democracy, we need to abolish the electoral college, and that starts with completing the compact. So, after voting today comes to an end, let our work to establish a national popular vote begin.

Charles Lane: The electoral college has its issues. So do the alternatives.

Henry Olsen: My predictions for the 2020 presidential and congressional races

Katrina vanden Heuvel: U.S. workers have taken a powerful hit. Any true recovery must include them.

Paul Waldman: The electoral college is a ticking time bomb for November

Jennifer Rubin: Trump can declare whatever he wants, but it doesn’t make it so

Sun Nov 8 , 2020
The post Sean Connery’s Final Role Curiously Capped Off His Career appeared first on Consequence of Sound. The League of Extraordinary Gentlemen was a disaster. Less an adaptation of the Alan Moore and Kevin O’Neill graphic novels of the same name than a slapped-together cash-in on the action-horror craze of […] 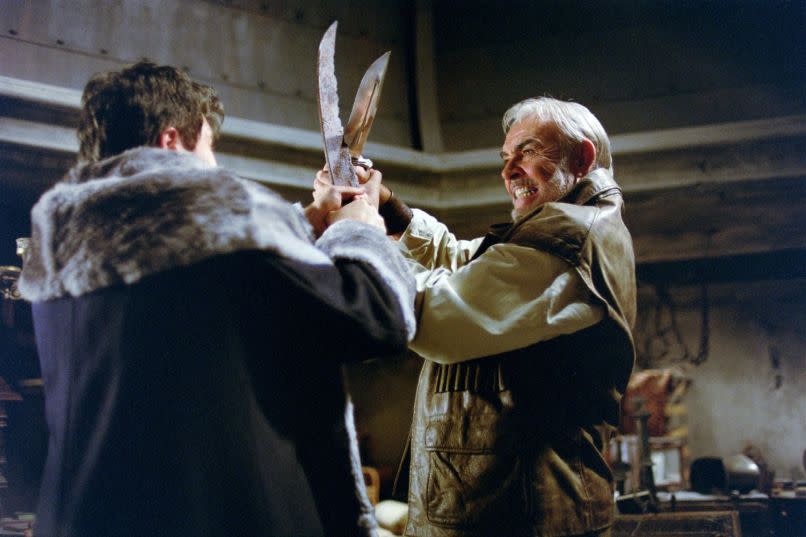