The education centre attacked on Saturday usually hosts hundreds of students At least 18 people have been killed and 57 wounded in a suicide bomb attack outside an education centre in the Afghan capital, Kabul, officials say. The explosion at the private facility, which offers courses for students in higher […]

At least 18 people have been killed and 57 wounded in a suicide bomb attack outside an education centre in the Afghan capital, Kabul, officials say.

The explosion at the private facility, which offers courses for students in higher education, occurred late in the afternoon, the interior ministry said.

Many have been taken to hospital. There are fears the death toll may rise.

The Islamic State group said it was behind the attack in messages posted on its social media channels, but did not provide any evidence.

Earlier, the Taliban denied involvement in the attack.

The spokesman added that the attacker was identified by security guards “after which he detonated his explosives in an alley”.

One local resident, Ali Reza, told AFP that those killed and injured were students waiting to enter the facility. “I was standing about 100m from the centre when a big blast knocked me down,” he said.

Afghanistan has seen a rise in violence in recent weeks – with most of the attacks carried out by the Taliban. The violence threatens to imperil peace talks between government forces and the Taliban in the Qatari capital, Doha.

The Shia community in Afghanistan has previously been targeted by Sunni Muslim extremists such as the Islamic State group, which views the Shia practice of Islam as heretical.

Saturday’s attack is not the first to target an education centre in the country.

Forty-eight people – many of them teenagers – were killed in August 2018 when a suicide bomber walked into a tuition facility and detonated a device while teaching was under way. The Islamic State group said it was behind that attack.

And in May, 24 women, children and babies were killed when unidentified gunmen entered a maternity ward at a hospital in Kabul and opened fire.

Earlier this week, 11 children and their prayer leader died an air strike on a religious school in the northern Afghan province of Takhar, according to local officials. The Afghan government disputed the account, saying the strike had killed Taliban fighters.

Sat Oct 24 , 2020
Our institution, the University of Maryland at Baltimore County, has made enormous progress on the crisis in student success. In the 1980s, UMBC had a six-year graduation rate for all freshmen of just more than 30 percent, and for Black freshmen, the rate was 10 percentage points lower. Through a […] 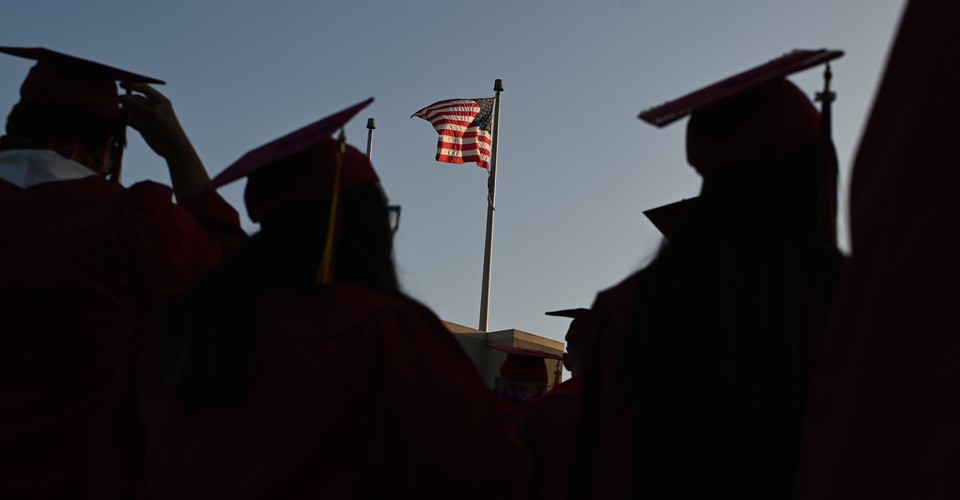