The BDN Opinion section operates independently and does not set newsroom policies or contribute to reporting or editing articles elsewhere in the newspaper or on bangordailynews.com. Quinn Galletta is a fourth-year political science and journalism student at the University of Maine in Orono. She currently serves as the editor in […]

The BDN Opinion section operates independently and does not set newsroom policies or contribute to reporting or editing articles elsewhere in the newspaper or on bangordailynews.com.

Quinn Galletta is a fourth-year political science and journalism student at the University of Maine in Orono. She currently serves as the editor in chief of the Her Campus chapter at the university.

In the small town of Orono, it is rare that something like COVID-19 comes in and causes such a stir. However, Orono has one thing that will define it across the country — the flagship University of Maine campus. Home to nearly 11,000 students during a normal school year, Orono’s population swells each year in mid-August. This year, however, the COVID-19 pandemic has changed that.

When the university announced that it would be holding in-person classes in early July, many students, myself included, were initially elated to hear that we would be returning to the place that so many of us call home for a majority of the year. Yet, when we saw other universities across the country opening up and immediately shuttering after just a few short weeks due to a sharp increase in COVID cases, we suddenly felt all of that excitement slip away. Many people took to social media to express their concerns, calling on the university to change plans and even accusing them of stringing us along for full tuition.

Luckily, the University of Maine System took our concerns, listened to them, and laid out plans for us. Every incoming student living on campus or from out of state would be tested the week before classes, breaks during the semester were eliminated, and we later learned of a plan to do random sample testing every 10 to 14 days. The first round of testing brought what we all expected — a few positive tests on campus, and in a fraternity of all places. A few more popped up across the University of Maine System, and the feeling of dread crept up yet again.

The university and its administration had other plans for these cases. Immediately, the positive cases were required to quarantine, and through contact tracing, any students who had come in contact with those infected were notified and also instructed to quarantine. Soon, we saw what we had all been waiting for — the news broke that we had zero — yes, zero — active cases. This was a cause for celebration. Our faith in the greater UMaine community was restored and things have started to feel better.

I believe that the University of Maine, with its continued success at staving off a large COVID outbreak, has the potential to be a role model for universities in New England. We are a mid-sized university with a reputation for being a “party school,” large numbers of out-of-state students and many classes with large enrollment numbers. Yet, we have been able to almost remove COVID-19 from campus. As of Friday, we have eight active cases on campus, including five staff members, all of which have been contained and contact traced.

Other Maine colleges, such as Colby College in Waterville, have had continued success with similar programs to UMaine — consistent, thorough testing, requirement of masks and increased cleaning efforts — consistently reporting low to no active cases on campus.

Due to our reputation, size, and status as the flagship university of the state of Maine, I believe that we still have a long way to go, but our progress speaks volumes. We can, without a doubt, say that the University of Maine System — the provosts, presidents and chancellor — have a dedication to making sure that we can continue our education the way we intended. Our community has been brought together in a new way, one that encourages us to be more selfless for the good of others and ourselves. We are showing other universities that it is possible to get through a semester healthy and to maintain the same community that we all know and love.

The University of Maine has a chance to show other colleges in New England that COVID-19 is something that we can adequately manage while still keeping up school spirit and participating (safely) in many extracurriculars. We may have to give and take — asking students to give up their beloved fall and spring breaks is not easy and telling them that their semesters will in fact be online in some capacity will surely ruffle some feathers. As we have seen, however, students at the University of Maine have been willing to make sacrifices in the hopes that the spring semester may be better. I am incredibly proud of my fellow students, and I hope that others are as well.

Why do we have the Electoral College? Eventually, we'll kill it.

Sat Nov 28 , 2020
CLOSE President Trump and President George W. Bush won the electoral vote during the election, but not the popular vote. How does the electoral college work? USA TODAY The National Popular Vote would finally eliminate the false premise that the construction of our Electoral College was meant to protect small […] 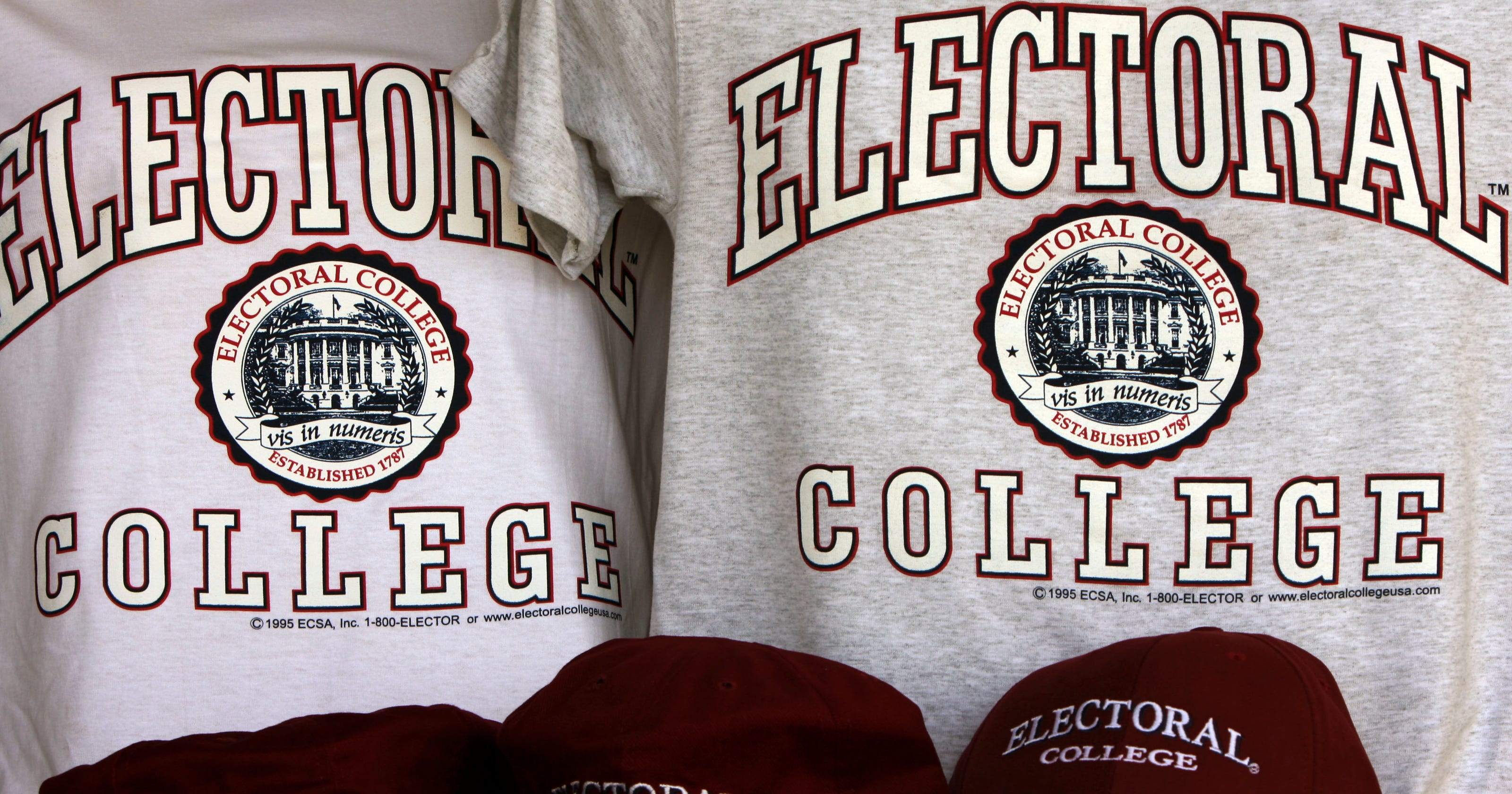