Even the most critical sections of Broncos Country are coming around to the stellar play of much-maligned left tackle Garett Bolles this season. The Denver Broncos’ fourth-year offensive tackle is passing the eye tests with flying colors so far.  Such rudimentary systems of evaluation have been reinforced by advanced analytics […]

Even the most critical sections of Broncos Country are coming around to the stellar play of much-maligned left tackle Garett Bolles this season. The Denver Broncos’ fourth-year offensive tackle is passing the eye tests with flying colors so far.

Such rudimentary systems of evaluation have been reinforced by advanced analytics sites like Pro Football Focus, who have given the tackle a 88.9 player grade through the first five games, which is the third-highest in the NFL and the best in the AFC. Most tellingly, Bolles is yet to give up a sack and has only drawn two penalty flags.

When GM John Elway decided against offering a fifth-year option to the 28-year-old tackle, many predicted this would be Bolles’ last season in the Mile High City. Perhaps only the player and his position coach Mike Munchak saw things differently as Bolles headed into the pandemic-affected offseason.

Bolles embraced virtual learning, polishing his technique, and added additional muscle to his 299-pound frame. On Thursday, Bolles charted out the road map that has led to him making giant strides this season and talked about the special bond he has with Munchak.

“Me and Munch have a special relationship. We meet one on one before every single game. We meet throughout the week. He understands how I feel in my demeanor to be the best and he’s just really helped me stay on track. Like I said in my quote—you all know it—it doesn’t matter how you start, it matters how you finish. That’s really how it is.”

What happens next at Broncos HQ? Don’t miss out on any news and analysis! Take a second and sign up for our FREE newsletter and get breaking Broncos news delivered to your inbox daily!

Bolles struggled through his first three seasons to find the right headspace that would allow him to capitalize on his obvious physical talents. Now in his second year under the tutelage of Munchak, the former Utah standout is finally turning into the first-round player the Broncos had always hoped for.

“The difference is just my mental game and the time that I put in this offseason. I put in a lot of effort,” Bolles said. “When this whole COVID thing hit… I pushed myself extremely hard. I did the little things by taking extra sets and watching film to know where my hand placements are—doing a lot of hand drills. Mostly just the mental side. I spent a lot of time this offseason on the mental aspect. I had the physical aspect. I had the tools to take care of the technique. It was just all mental. If your mind is not right, then you can’t play this game.”

Bolles has been on the receiving end of harsh criticism from Broncos fans in the recent past, so turning that chorus of boos into genuine applause and admiration seemed unlikely but it is pleasing to see. If anything, the critics are now rounding on Elway for a lack of faith and foresight in the man he drafted in round one back in 2017.

Indeed it could end up costing the Broncos a lot more to secure Bolles’ services should the team try to re-sign the tackle this coming offseason. In a contract year, Bolles is concentrating on shutting out all the outside noise and distractions that money talk can bring.

“I’m going to be honest,” Bolles said. “I really don’t pay any attention to it at all. I’m here to play football.”

Bolles’ hard work and dedication have paid off. Now he and the team are in position to reap the rewards.

“I started off rocky, and I’ll be the first one to admit it, but where I’m at it’s never too late to turn things around,” Bolles said. “I’m a true believer in that and that’s what I’ve done and I’m going to continue to ride this wave for as long as I can.”

Sat Oct 24 , 2020
Scott Galloway is a bestselling author and professor of marketing at NYU Stern. The following is his recent blog post and video, republished with permission. It originally ran on his blog, “No Mercy / No Malice.” A reader wrote to Galloway and asked for his advice on whether he should […] 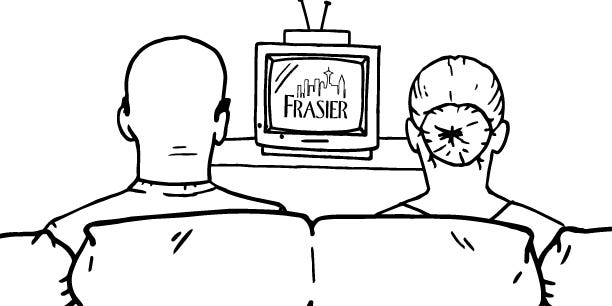