Two years to the day after the brutal murder of University of Utah athlete Lauren McCluskey, her parents, Jill and Matt McCluskey, and the university announced a $10.5 million settlement in a lawsuit against the school. In addition, the school will donate $3 million to the Lauren McCluskey Foundation. © […]

Two years to the day after the brutal murder of University of Utah athlete Lauren McCluskey, her parents, Jill and Matt McCluskey, and the university announced a $10.5 million settlement in a lawsuit against the school. In addition, the school will donate $3 million to the Lauren McCluskey Foundation.


“The university acknowledges and deeply regrets that it did not handle Lauren’s case as it should have and that, at the time, its employees failed to fully understand and respond appropriately to Lauren’s situation,” University of Utah President Ruth V. Watkins said during a press conference held Thursday. “As a result, we have failed Lauren and her family. If these employees had more complete training and protocols to guide their responses, the university believes they would have been better equipped to protect Lauren.”

Lauren McCluskey was found dead in a parked car near a residential hall on campus in October 2018. Melvin Rowland, McCluskey’s former boyfriend, allegedly shot and killed her before killing himself the same night.

MORE: Parents of Utah track star killed by her ex say the tragedy was preventable

McCluskey, 21, had reported to the university police that Rowland, 37, was harassing and stalking her. McCluskey ended their brief relationship after learning he was a registered sex offender who lied about his identity and criminal history, including a 2004 conviction of enticing a minor, police said.

The settlement comes after the McCluskeys filed a second lawsuit in June saying the university violated the state constitution. The complaint states in the weeks leading up to Lauren’s murder, she was being “sexually and physically abused, stalked and threatened by her killer” and that the police “dismissed and avoided her requests for help.”

© Rick Bowmer/AP
Jill McCluskey, the mother of slain University of Utah student-athlete Lauren McCluskey, speaks during a press conference announcing they have reached a settlement in their lawsuit against the university Thursday, Oct. 22, 2020, in Salt Lake City.

In an interview with ABC News in January 2019, her parents said the university did not take Lauren’s complaints seriously.

“They seemed to show no curiosity about this person who had lied about his age, his name, his … he was a sex offender,” Matt McCluskey told ABC News. “And then they found out that he’s also a felon.”

“They should’ve investigated,” her father added. “They would’ve very quickly found his parole status in one call and it would … we wouldn’t be sitting here today.”

The payment to the family will be made through the university’s risk management agency and insurance provider.

MORE: Parents of University of Utah student Lauren McCluskey killed while on phone with mom to take legal action

In the two years since McCluskey’s passing, the university has introduced plans to implement changes to campus safety, including a $13 million building to house the school’s police department.

The McCluskey family originally sued the University of Utah, some of its employees and the state of Utah in June 2019 for $56 million in federal court. The family later filed a wrongful death and negligence lawsuit in state court.

© Rick Bowmer/AP, FILE
An image of University of Utah student and track athlete Lauren McCluskey, who was fatally shot on campus, is projected on the video board before the start of an NCAA college football game between Oregon and Utah in Salt Lake City, Nov. 10, 2018.


Lauren’s mother stated all the money from the settlement will go to support the Lauren McCluskey Foundation to help improve campus safety.

“The settlement is important for many reasons; it addresses how Lauren died but it also honors how she lived,” Jill McCluskey said during the press conference.

Jill McCluskey, who is a professor at Washington State University, also introduced the Lauren’s Promise initiative, where professors can pledge in their syllabus that they will help any student that feels threatened find the resources that they need. 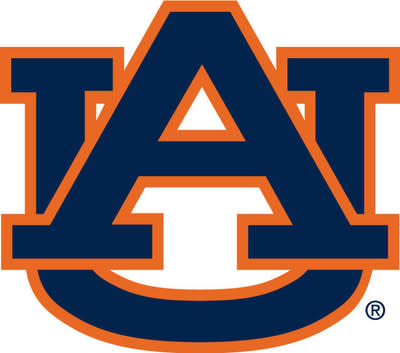