A group of students at Brown University recently released the “Burn Brown Book,” a guide outlining the history of racism, capitalism and activism on campus. After two years of research and writing for a class project, the group released the 175-page guide this summer as protests against racial injustice spread […]

A group of students at Brown University recently released the “Burn Brown Book,” a guide outlining the history of racism, capitalism and activism on campus. After two years of research and writing for a class project, the group released the 175-page guide this summer as protests against racial injustice spread throughout the country.

The goal of the guide is to provide an alternative vision for the college: become an elite public university that supports and invests in the local community, while also providing a safe space for minority students. If the university divested from private funders and reallocated its money to the Providence area, the students argue, Brown would be held to higher standards on a range of issues, including who is being admitted and who is teaching at the university.

Noël Cousins, one of the creators of the book, told CBS News they were inspired by the “burn book” in the 2004 film “Mean Girls.” In the film, the characters write rumors and spread gossip throughout its pages. Cousins said the group of students wanted to highlight academic research in a fun way while addressing serious topics.

“What I would love to see is the capital and the assets of the university be made public and returned to the state of Rhode Island, or the facilities be used publicly,” Cousins said, “So working-class people in Rhode Island and Black and Brown people have control of that.”

The project is labeled as a disorientation guide, a play on the freshman orientation experience. The students said incoming freshmen need a deeper understanding of the school’s history in order to participate in the college experience more critically. The guide is the third book of its kind from Brown this century and is part of a long history among colleges across the country.

Brown has a reputation for being the most liberal school in the Ivy League. The book details decades of student-led activism and participation in current events, which attracts many students to the university.

In 2003, the school created a committee to research its ties to slavery. They found a majority of the founders and benefactors of the university participated in the slave trade, which helped fund the school. And while the university’s president, Christina Paxson, committed to rectifying past actions, some students said it’s not enough.

The guide accuses the university of failing to support its surrounding community, specifically the neighboring Hope High School. The percentage of students who have a proficiency in math is less than 5% and the number of students on a free-lunch program is in the top 10% of the state, according to data from the 2017-2018 school year.

Yacine Niang, a 2020 graduate who did not work on the guide, said she supports the book and its goals. She also argues the university and parents of students should play a larger role in giving back to its surrounding community, and that would ultimately help improve the education of students at the high school.

“If those kids’ parents sent their kids to public school and were forced to pay and understand that their tax dollars were going towards that child’s education, they’d make sure they pay taxes,” Niang argued. “It’s not about your kid. It’s about every single kid in America that doesn’t necessarily get the opportunity to even hear of a place like Brown.”

Brown declined to comment about its role in giving back to the community, with a spokesperson saying the university doesn’t comment on student projects.

Students also raised concerns about the safety of underrepresented groups on campus. An anonymous student said she was sexually assaulted as a freshman in 2016 when a White student kissed her without her consent. She said she chose not to report the incident to the administration because she felt its leaders did not have accountable outreach for Black women. Based on conversations she had with other Black women on campus, the student said she felt the administration would not keep her safe.

Michael LeClerc, who graduates from Brown in December and is not affiliated with the project, also supports the book. He believes school officials do not do enough to protect students of color. “I am a White student with legacy status,” LeClerc said, “The university has been supportive of me. It has not been supportive of my classmates who are victims of sexual violence, are first-gen, low-income, or BIPOC.”

In an emailed statement, university spokesperson Brian Clarke said students and faculty “have been fearless in taking on the challenge of sexual assault, misconduct and harassment on campus.”

“Brown has taken a strategic and sustained approach in recent years, creating a Title IX and Gender Equity Office, launching a new approach to investigating and resolving complaints promptly and impartially, and implementing required training, among other actions,” the statement reads. Clarke cited a 2019 report that found 64% of students surveyed believe the university takes reports of sexual assault seriously.

“Students expressed trust that Brown takes reports seriously and conducts fair investigations, and the data indicated a significant willingness among students to intervene directly when they are a bystander in a situation they believe could lead to sexual assault. Brown actively encourages community members to report incidents of nonconsensual sexual contact, and our sincere hope is that students have the trust and comfort to seek assistance.”

Billie Murray, a professor at Villanova University specializing in social movements, said having safe spaces for students is key to creating a safe community, but forming those spaces can be viewed as a form of resistance. She believes the “Burn Brown Book” can act as a format for all college students to demand changes across the country.

“What I love about the idea of disorientation is the things that you are told about this university are not true,” she said, “I’ve never seen this kind of thing before on this scale in this way. What I think is more important to think about is they’re creating a vision.”

Niang said she supports the vision of the guidebook and said future generations are the key to pushing the movement forward: “Student activism always makes me excited because I think that young people are important to invest in, and they’re fighting for their future.”

“I would love to see the making of disorientation guides happen so that we have a tool to actually preserve institutional memory and the histories of our organizing. We can learn and grow and get stronger and win, eventually,” she said.

College football's COVID struggles may be getting worse 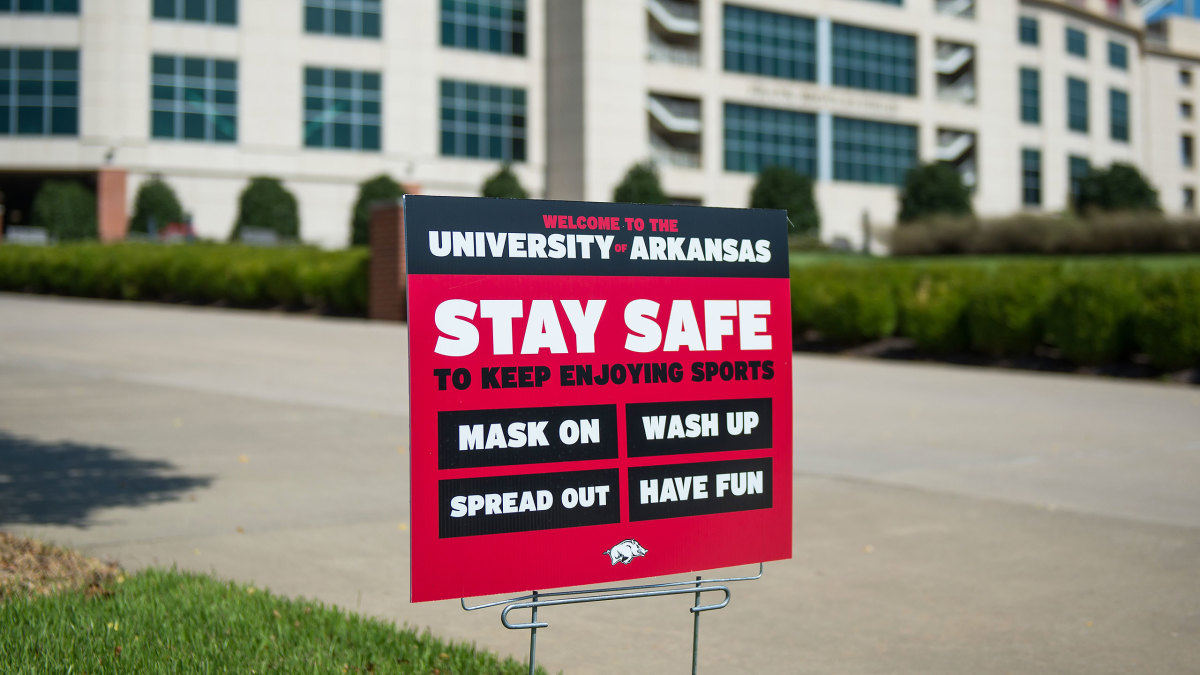