CNBC’s “College Voices 2020” is a series written by CNBC interns from universities across the country about coming of age, getting their college education and launching their careers during these extraordinary times. Michelle Gao is a senior at Harvard University, studying government and statistics. The series is edited by Cindy Perman. […]

CNBC’s “College Voices 2020” is a series written by CNBC interns from universities across the country about coming of age, getting their college education and launching their careers during these extraordinary times. Michelle Gao is a senior at Harvard University, studying government and statistics. The series is edited by Cindy Perman.

Some college students have seen their parents laid off, lose jobs or close businesses — major events that have shaken their family finances. That’s forced some to have to jump in earlier than expected to help their family financially. And, it’s caused them to really take a hard look at their dreams.

Is what they originally intended to do after graduation still worth it?

Over 50% of parents with college-age students said one earner had lost a job or had work hours reduced, and nearly 8% had a “catastrophic” experience where all sources of income were lost, according to a recent survey by the College Savings Foundation.

Two-thirds of college students said the crisis has changed their outlook on their financial future, according to WalletHub’s 2020 College Student Financial survey.

“This is the opportunity for young people to take a pause,” said Vivian Tsai, chair of the College Savings Foundation. College is “really about the economics and value of what you’re getting and what you’re spending.”

More from Invest in You:
The Class of 2020: unemployed, taking on debt and struggling to pay the bills
Here are the issues that matter to young voters in the 2020 election
Free college could be a reality under a Biden administration

Despite financial challenges, some students are still resolved to follow their dreams and make things work.

Dylan Fox, a first-generation college student and junior at Princeton University, is not abandoning his ambitions to become a filmmaker, despite being aware that he cannot, more than ever now, rely on family income.

Fox’s father was permanently terminated from his job at a paper factory in April and has just gone back to school to train to become an air conditioner repairman. He is confident that he can eventually provide steady work, but the program will take a year and a half. Meanwhile Fox’s mother is back at work after being temporarily laid off from her post as a janitor for around two months, but the family worries about her risk of contracting the coronavirus.

With a limited income, “we’re buying less food, we’re making more defined choices,” said Fox. Satellite internet, around $200 per month, is also a big new expense. In the Foxes’ home county in Tennessee, broadband isn’t widely accessible. The cost “is eating at us a bit,” said Fox — but it’s necessary both for him and his father attending online school, and for his filmmaking pursuits on the side.

Fox has been finding work as a freelance video editor and a filmmaking intern for a voter turnout campaign. He said he almost prefers attending school remotely from his home rather than being stuck in a dorm room because he has more space to work. Despite the financial uncertainty of this career path — he acknowledged he doesn’t want to, and cannot, rely on his parents’ income after he graduates soon — he is sticking with it. He’s also starting to consider graduate school for filmmaking now, and hopes falling rents in cities like New York can make the prospect more affordable.

“I’m not making Marvel movies here,” acknowledged Fox, “but I just want enough to take care of myself.” The way people have engaged with art throughout this year, as they remain mostly confined to their homes, gives him hope about the demand for such work.

Caroline Ko, a first-generation college student and senior at Harvard University, is still eager to work in education as she sees the effect of the pandemic on an already economically stratified country.

Ko’s parents, Cambodian immigrants, run a small mom-and-pop gas station along a stretch of Mississippi highway dominated by franchise stations like ExxonMobil and BP. The hit on revenue from Covid is just the latest blow to a business steadily declining since the 2008 recession, and the Kos were further affected because unlike many other local businesses, they insisted customers in their store wear masks.

The Kos only closed their gas station for one week during the summer, but soon reopened due to the lockdown’s unsustainability. “Small mom-and-pop shops can only get revenue from customers buying small things every day,” said Ko.

Ko has not returned home, even after Harvard made students without extenuating circumstances leave campus last March. She successfully applied for on-campus housing because it would be too disruptive to her education to be working at the gas station if she returned to Mississippi. Instead she is helping out her family by working multiple jobs on campus — although of her five campus jobs from last year, she is now only doing two, since some, like a gig at a campus restaurant, are no longer options.

“The pandemic has heightened the sense of disparity for socioeconomic brackets,” said Ko, who is looking into graduate school for education and public teaching fellowships. She’s seen first-generation low-income students worse off than her “be wrecked by it and not be able to adapt. That’s propelled my desire to get into public service and education inequality.”

Chris, a Princeton student, is paying for his own tuition this year after his father lost his job as a pharmacist and his mother’s income at a retail job took a hit, with fewer commissions.

Chris, who wants to be a software engineer, is also more aware of the financial opportunities afforded by his industry of choice. In his upcoming winter and summer engineering internships, he will make more money than his mom makes in the whole year. “Software engineers are paid way too much,” he acknowledged. But when he got his winter internship acceptance, he called his mom telling her, only half jokingly, to quit her job.

“I’m finally starting to think about … ways I can alleviate financial burdens from my parents,” said Chris. “I stopped thinking of my money as independently owned.” He plans on helping to support his family once he graduates as well, and his only concern is that his parents might be reluctant to accept.

Taking the economics of college into heavier consideration is a good thing. As the pandemic continues to hit families and higher education institutions alike, students need to “realize this is an economic choice,” Tsai said.

Though students are understandably even more wary of loans in this economy, they should not rule them out entirely. “Given we know how important education is,” Tsai said, “if the only way to get that education is to take out a loan, then the next decision needs to be made: What are you spending that money on?”

Despite all the ways the pandemic has complicated higher education, college will still be a time for exploration. Ko, for example, is now looking at subsidized master’s programs.

“I want to take some time exploring what exactly my skills and passion in public service are,” Ko said.

SIGN UP: Money 101 is an 8-week learning course to financial freedom, delivered weekly to your inbox.

CHECK OUT: 4 tips for upping your chances of finding a job and getting ahead in your career via Grow with Acorns+CNBC.

Disclosure: NBCUniversal and Comcast Ventures are investors in Acorns.

Thu Dec 3 , 2020
Innovative careers are following a new set of rules getty The business world is evolving at a rapid pace. Long gone are many of the career “rules” our parents adhered to, like the popular “Stay with the same company until you retire” directive. But the thing is, many of these […] 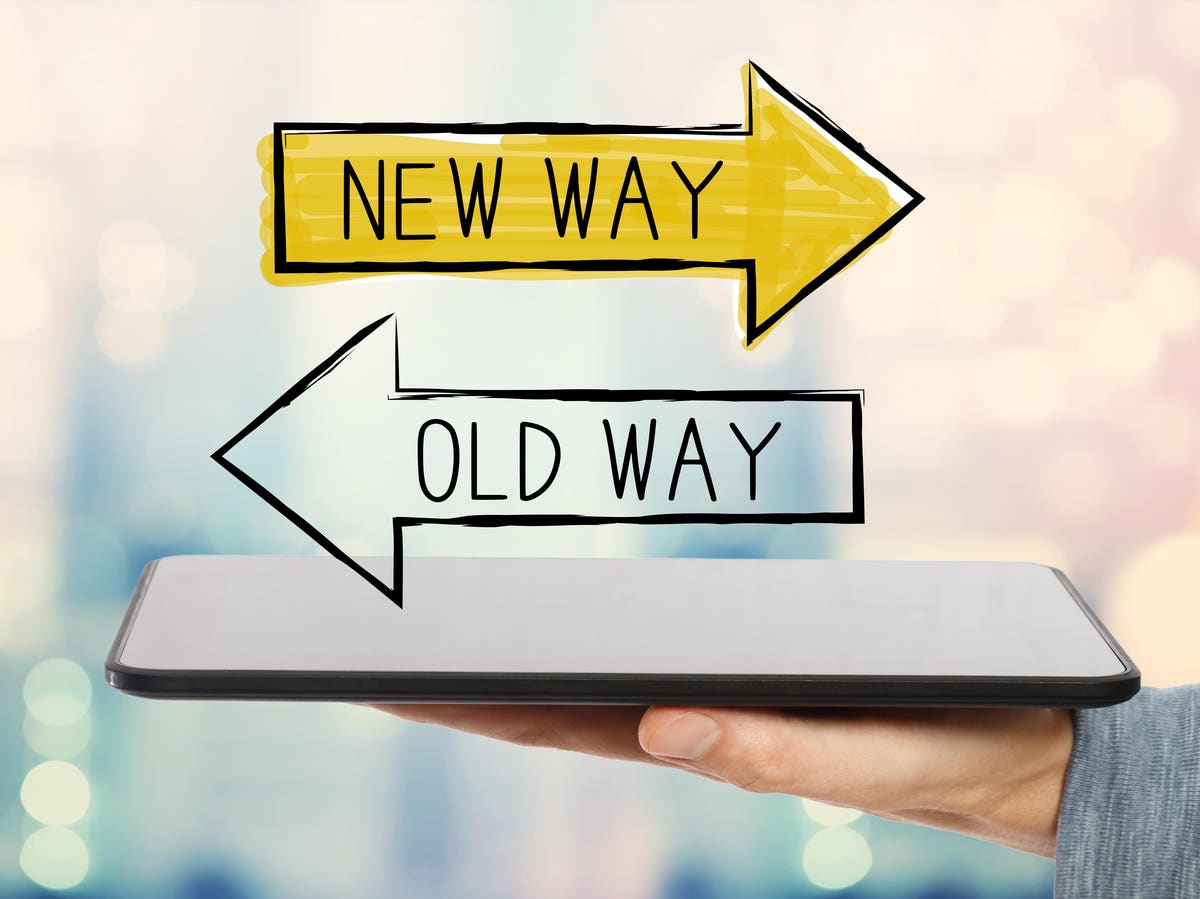 write an essay for me | write my essay